We are sharing various stories from the Kenya Project Team and their recent trip to Kenya with World Vision.  This initiative is successful because of the prayers and support from the Faith Family.  Every student at the school has the opportunity to donate $25.00 or more to sponsor a child through World Vision.  Our partnership with the village of Bandaptai, Kenya is long term and we hope to make a lasting, positive impact through your support. 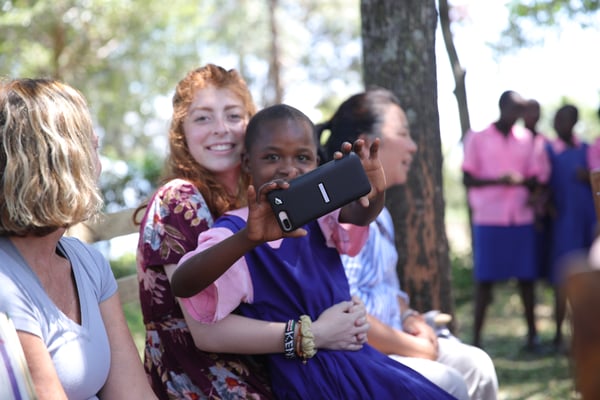 At the Kaposol School in Bomet, we were led outside to a shaded area where the whole school had gathered to perform for us, which was so much fun to watch and experience.  As soon as we sat down, a girl came right up to me and sat on my lap which was a little strange because most of the kids were shy and didn’t approach us right away.  She was so sweet and full of life, and took an interest to my phone, trying to get to the camera.  (Most of the people in the areas we went to have Samsungs, so she had a little trouble finding it.)  I showed her the camera and she started walking around taking pictures.  She shot pictures of some other students and trees in the area.  One of her teachers told her to give me back my phone, which she reluctantly did, and started walking around. 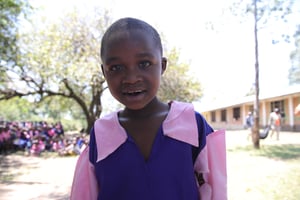 The headmistress explained more about the school and said that they had one special needs student, which was the girl who came up to me (Tracy). She learned with the other students (who helped and adored her) and constantly took pictures. We then went to go play with the school, where she, Haley, and Emma played together while I got very winded playing duck-duck-goose. (there was a really big circle ok) At the end of our visit, we were all really sad to leave her and the other students. She wouldn’t let go of Haley, who she played with almost the entire time. We said our goodbyes, and headed back out on the bumpy roads.

I don’t know why I always think of her when I think of Kenya, but I know she’s well taken care of in the hands of her community and World Vision. 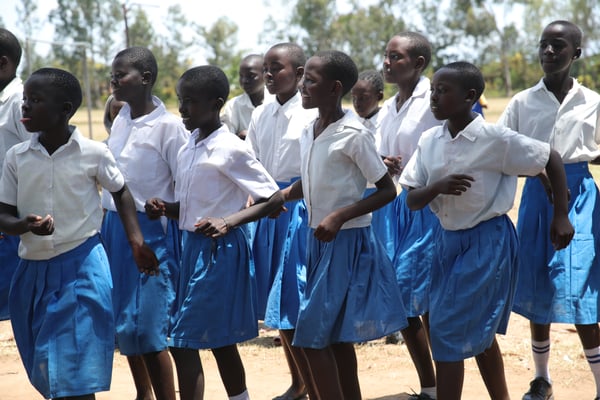 My favorite part of each day was being welcomed by the people with their songs and dances.  It’s incredible to see.  Every group we met sang a different song, amazingly by the way, as we walked in.  It seemed like everyone in the country was musically gifted.  Their liveliness and passion is beyond beautiful and cannot be described. 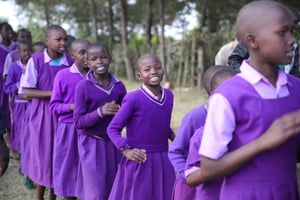 I’ve told this to practically everyone by now but I know that never in my life will I ever experience the amount of love that I did in Katito and Bandaptai.  These people have never met you, you’re a complete stranger, yet they welcome you with open arms and are eager to share their life with you?  It’s hard to believe but so admirable how positive their outlook is on not only life but people as well.  Everyone has so much hope and excitement for the future and it’s contagious.

Our last full day in the field in Bandaptai began with a long, rocky road to a farm in an area known as Lailatich.  The road, despite being very rural and seemingly having no end, intermittently had friendly farmers, students, and mothers walking down the side of it that would smile and wave.  Upon arrival, we became awestruck with the view; the vast grassland had such fresh air and a charming feel.  We were greeted at the edge of a farm by a man who introduced himself as a farmer and a pastor.  He took us through his gate and onto his farm, which he was very proud of.  He revealed the water tank that World Vision had granted him for being a model farmer which would collect rain water and store water that could be pumped through a new drip irrigation system via gravity. 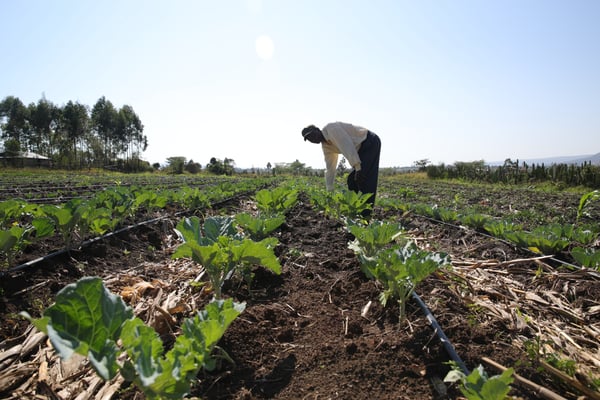 When asked about the difficulties of being a farmer while also being a pastor, he laughed and said it was very difficult, but that he gets his strength through God.  He released us then to explore his farm and we walked up and down the rows of kale observing the purple flowers on the sides and the discarded maize husks of a previous crop rotation.  He expressed his distress about the lack of water, especially as they enter the dry season, and how he has to travel multiple miles to a stream to gather water. 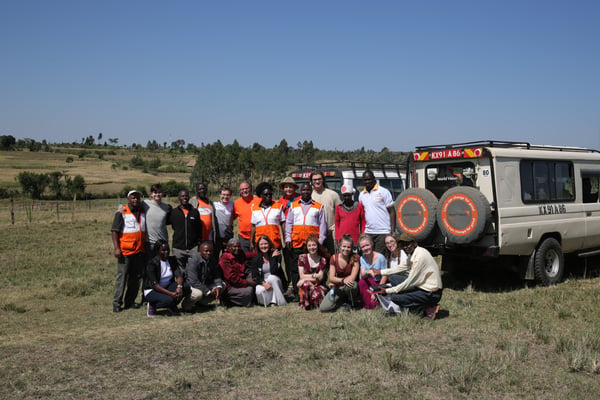 I felt a special connection to this farm due to my extensive involvement with the Greenhouse at Faith and the fact that God was present with the owner.  Although I do not understand the struggles of trying to support a family with a farm that receives little water, I was able to have a deep respect for the work he was doing both as a farmer and a pastor.  In some ways I believe we all can relate to this farmer in our walk with Christ and as perseverant workers in our own community.  This man was filled with such hope and faith that exemplified not only a farmer and a man of God, but also a Kenyan.  These rural farmers and those that live under the poverty line work hard everyday to push themselves into becoming better men.  Although I was thousands of miles away in a foreign country, the fundamental principles that this Kenyan man displayed made me feel comfortable.  I will never forget that farm.

For more stories and updates about The Kenya Project follow @flhskenyaproject on Instagram and go to worldvision.org/faithlutheranschool .  Photos courtesy of Josie Lipnick and World Vision.