The Future of our City

A few weeks ago, I was invited to a small luncheon to hear Jeremy Aguero from Applied Analysis and Nevada Governor Brian Sandoval speak about Nevada’s economy.  Generously hosted by Nevada State Bank, these two men shared exciting and pertinent information about our state and city – all of which is great news for Faith Lutheran and our future.

As you may have heard, The City of Las Vegas recently submitted a proposal to Amazon to locate its HQ2 in our world class city; that would prove to be a huge boost to an already vibrant community and economy.  What does the current state of the Las Vegas economy and housing market have to do with Faith Lutheran?   Why do we care about how many visitors come to Las Vegas each year or how diversified our economy is becoming?

The data is fascinating.  Nevada is the second fastest growing state in percentage change of population in the country.  In fact, Nevada has seen 5 consecutive years in the nation’s top ten states with fastest population growth rates.  Currently, just under 3 million people call “The Silver State” home.  Las Vegas is the 3rd fastest growing Metropolitan Statistical Area (MSA) in the United States trailing only Orlando, Florida and Austin, Texas. 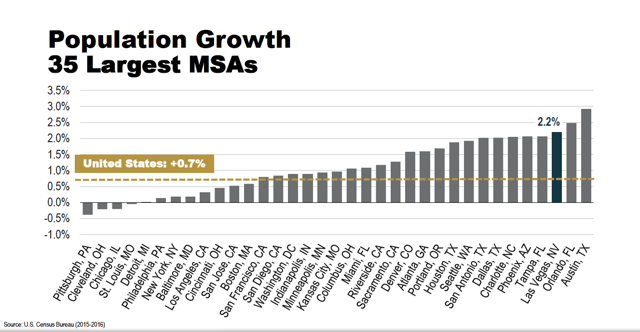 Employment in Nevada grew 2.74% in the past year placing Nevada #1 in the country for that metric.  Las Vegas is the 4th fastest MSA for employment growth behind only Riverside,  California, Atlanta, Georgia, and Dallas, Texas.  While 407,000 southern Nevada jobs were supported by the tourism industry in 2016, that employment growth continues to happen in product and service industries beyond hospitality and leisure.

The Education and Health Services sector in particular is seeing rapid growth.  Las Vegas expects to welcome more than 43 million visitors in 2017, a new record.  Tourists provide 40.4% of wages and salaries with 55.7% of Las Vegas’ economic output coming as a result of tourism.  34.2% of visitor spending last year was on gaming and 65.8% were non-gaming revenues. 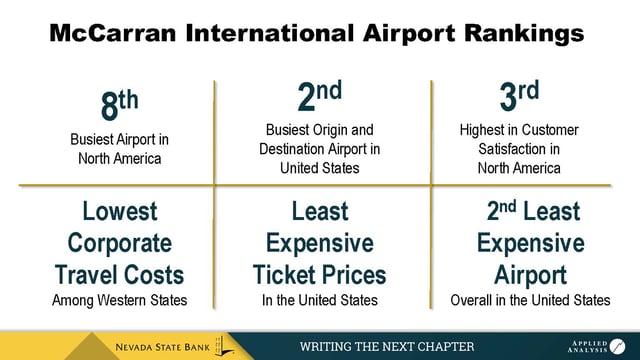 While the housing market continues to grow, it is doing so at a much more reasonable growth rate this year (8,4675 new homes) compared to 2005 when close to 39,000 new homes were constructed.  The median price of this year’s new homes remains well below 2007 new home prices.  Home vacancies have fallen to 4.1% back to where Las Vegas was in 2000.  Mortgage defaults are at their lowest levels in the past ten years at 20,826, which is down from its peak of 134,159 in 2009.  Much of the expected population growth in Las Vegas is predictably in the west and north parts of the valley. 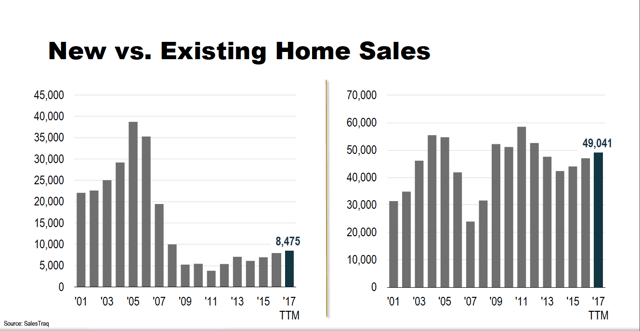 Many large tourism and non-tourism related building projects are forthcoming in the next few years in the valley totaling $14.9 billion, but it pales in comparison to the $45.8 billion in projects back in 2007 so overbuilding does not seem to be a valid concern.

Economic and population metrics are among the data points we follow as we peer into the future of our school.  Understanding the various growing sectors of our local economy - like tech company Switch, the drone industry, the entertainment industry - helps inform our curriculum to build unique academic programs like those found in our Academies and Conservatory of the Fine Arts.  Knowing that another housing market collapse is not on the immediate horizon and knowing that economic indicators are robust and promising are reassuring to us as we consider additional campus expansion.

All of the aforementioned controlled and sustained growth bodes well for the future of Faith Lutheran Middle School & High School so we thank God for His ongoing blessings to the place we are proud to call home:  fabulous Las Vegas, Nevada.

Video and photos used with permission by Applied Analysis