Hi internet, it’s Avery Collins talking to you all the way in Shanghai, China.

Today our team embarked on the second day of the CISSMUN conference, and it got really interesting. My committee, General Assembly One, debated on a broad range of topics from global arms trade to forestalling the reconstruction of certain terrorist groupings. 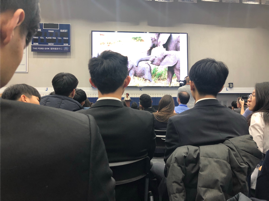 During committee I met some amazing people, including my new friend from Iran, Dina.  Dina comes from an all-girls school in Iran, and they are required to wear a hijab in any photos that they appear in.  CISSMUNX was one of her first conferences ever, so we were in a similar situation.  I also met some new friends from Hong Kong, which was really fun.

After several long hours of debate, everyone filed into the high school gym to listen to a truly inspiring woman named Paula Kahumbu who flew all the way from Kenya to talk about endangered wildlife, specifically elephants, and how we should make a difference in our community.   Paula began a campaign called "Hands Off Our Elephants" to fight against illegal poaching of elephant tusks for ivory trade.  She spoke about the power behind IDEAL: Investigate, Document, Expose, Act, Lobby- and how this system has allowed for Kenya to regain and improve its elephant population.  To see how working in politics and in a job, relating to what we practice in MUN was inspiring.

Attending CISSMUNX, for me as a freshman, was a lot different than I thought that I expected it to be.  Unlike some of our local MUN conferences, we were able t 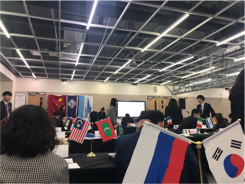 o network and connect with other HS students from continents around the world.  It was a challenging experience, but it was also rewarding.