Traveling from Prague to Munich, we spent our lunch hour with a quick tour of Nuremberg. Our wonderful guide Abi gave us a quick history lesson- including that it was built as an old fortress; we could still see parts of the original fortress walls. We were encouraged to sample the special Nuremberg sausages, traditional to the city. They were delicious, but admittedly the most different thing about them was fact that they were smaller. Nevertheless, I enthusiastically partook and several of the students did as well. 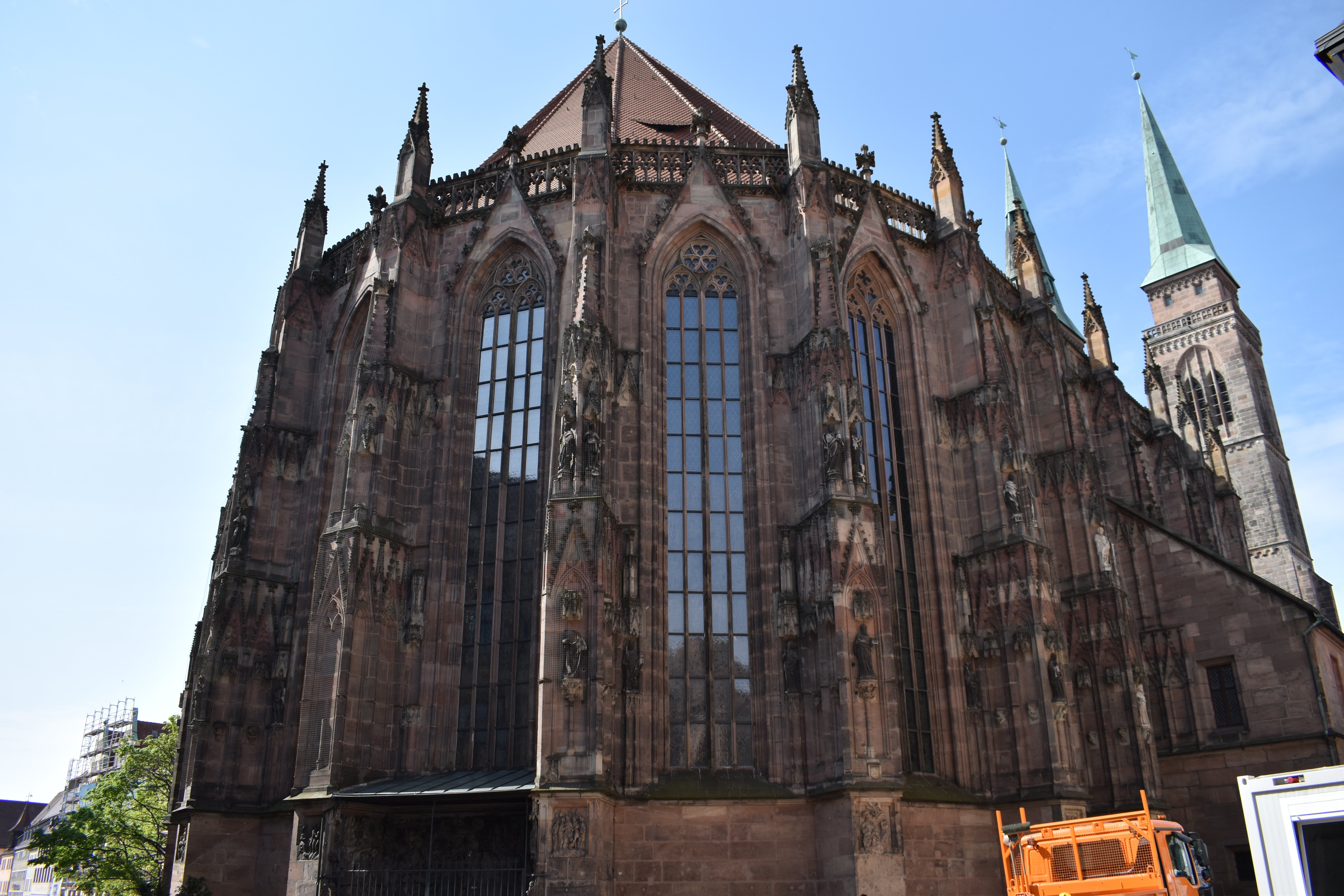 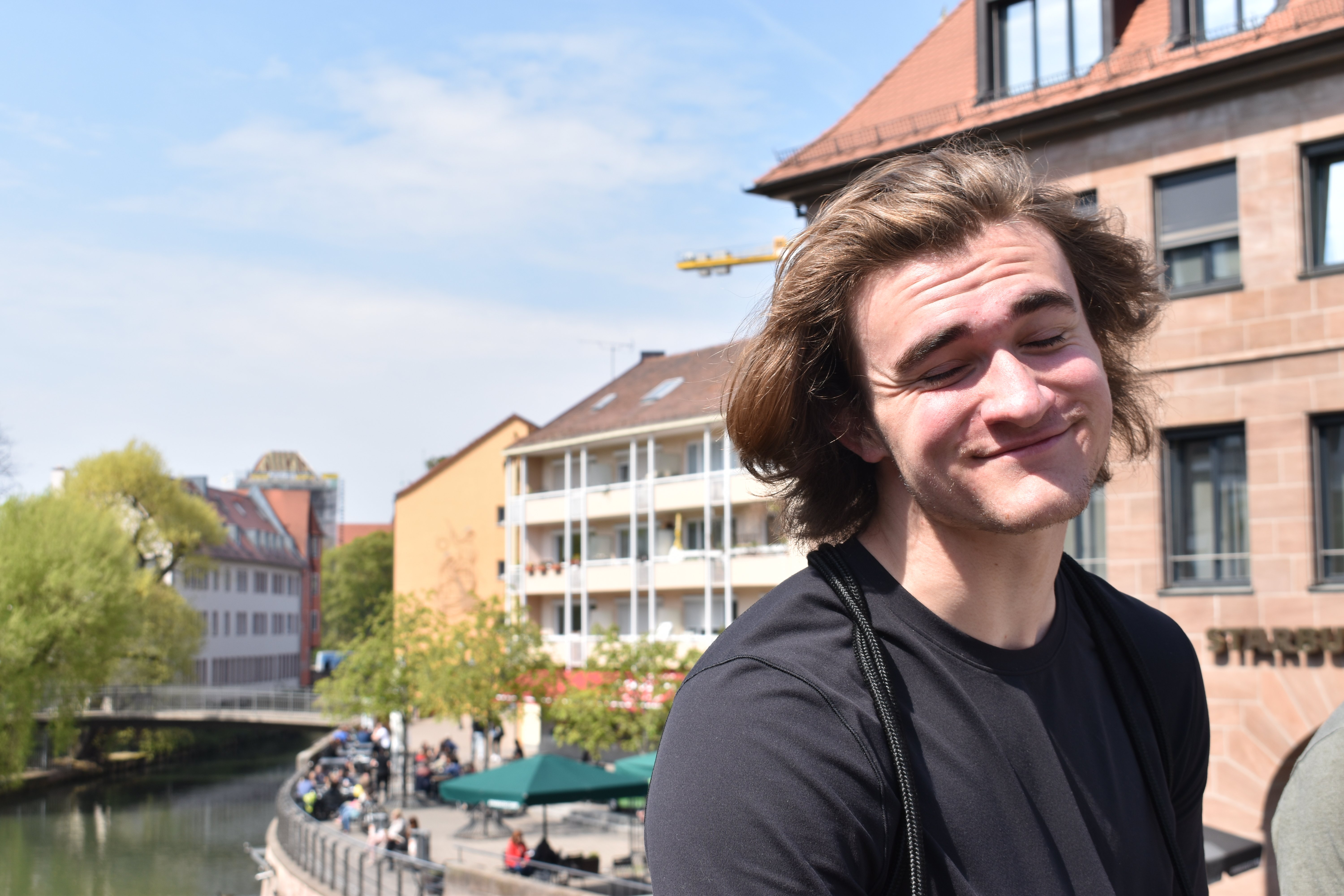 After lunch we continued on our way. When we arrived, we hopped off our bus and immediately went on our very last walking tour. Markos, our tour guide, was also our most enthusiastic local guide. You could tell that he loved his city and its history. We learned about lederhosen and dirndl (traditional Bavarian clothing), the influence of the Wittelsbacher family (the former royal family of Bavaria), and the tragic beginning of Hitler’s rise to power, right there in the Hofbrauhaus. In the same tour, he showed us one of my personal favorite memorials in all of Germany. Hitler did, more or less, get his start in Munich. It was there that he first gathered people around him and incited a political revolt. They marched down a particular street in Munich, right in front of the Residenz, the royal palace at the time. This march was violently squelched and 16 of Hitler’s compatriots died. His subsequent trial allowed for him to speak for hours about his political ideals, and gained him even more followers, and his 8-9 month sentence gave him time to write Mein Kampf. After he was released, and gained power, he created a memorial plaque for the men killed in that first uprising. He placed it along the same road, and assigned two guards to it. As people passed, the guards made sure that everyone saluted. The people of Munich, in protest, would duck down an alley way instead of passing in front of the memorial. Today, there is a path of gold-colored stones in that alley, commemorating those people. Hitler’s memorial has, of course, been taken down. 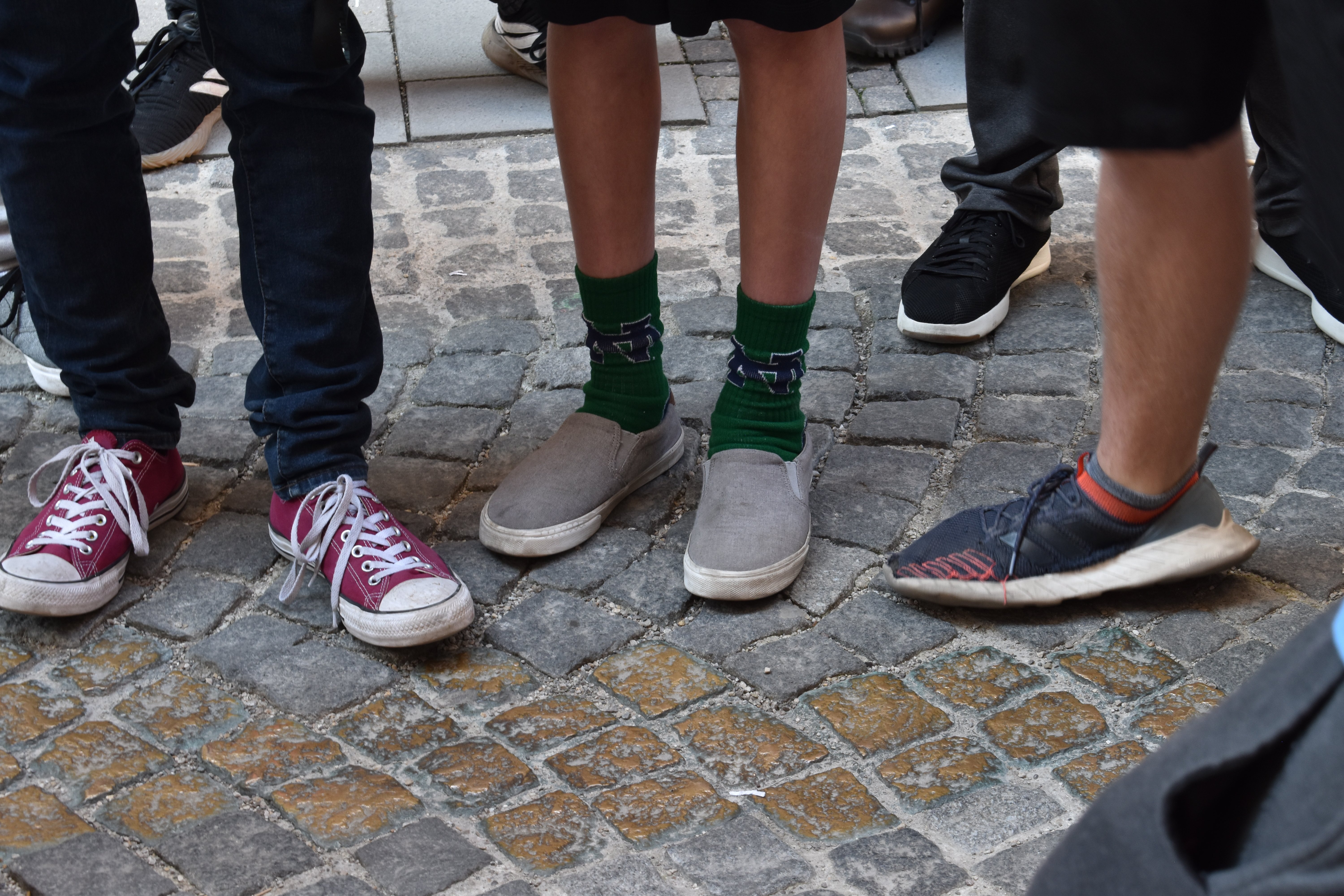 With every stop along this tour, Markos kept saying, “Tomorrow, you go here” or “Tomorrow, you do this!” Every time he said this, faces would turn hopefully toward me. SO, we scheduled free time to explore after our visit to the Neuschwanstein Castle, which occurred the morning of our last full day in Germany. And we certainly seemed to save the best for last.

It was a little bit of a drive getting from Munich to the castle, and we got to watch the Alps grow bigger and bigger in the front window. Eventually Abi drew our attention to the front and we watched as this tiny, miniature building nestled among the greenery on the side of a mountain, grew and grew. After a short debate about whether this was the inspiration for Cinderella or Sleeping Beauty’s castle, we all just grew silent with wonder. We were less silent on our twenty minute hike straight up a mountain to the castle itself. There were many of us wheezing and panting. As it turns out, however, there’s no such thing as a bad picture of this castle. 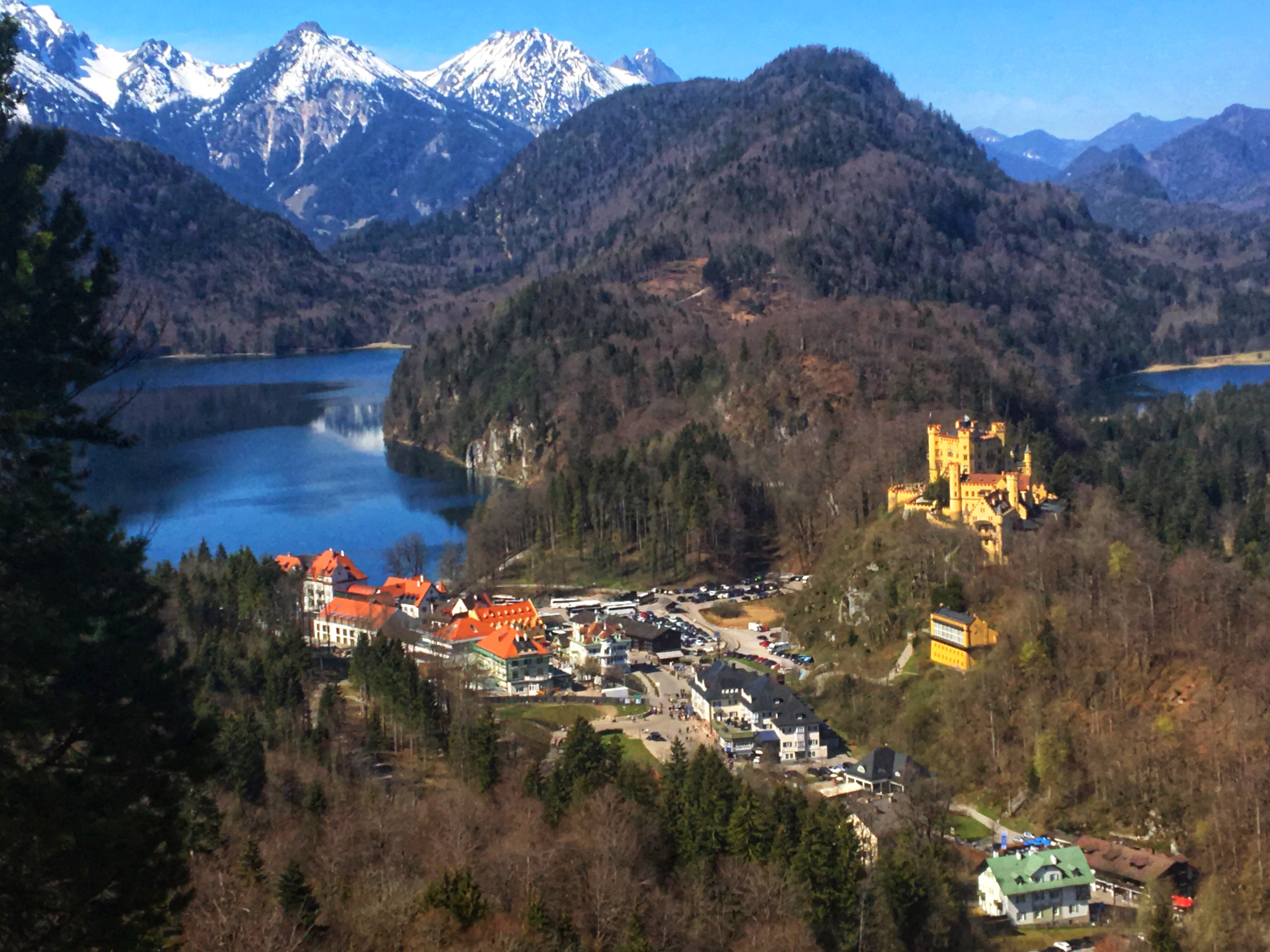 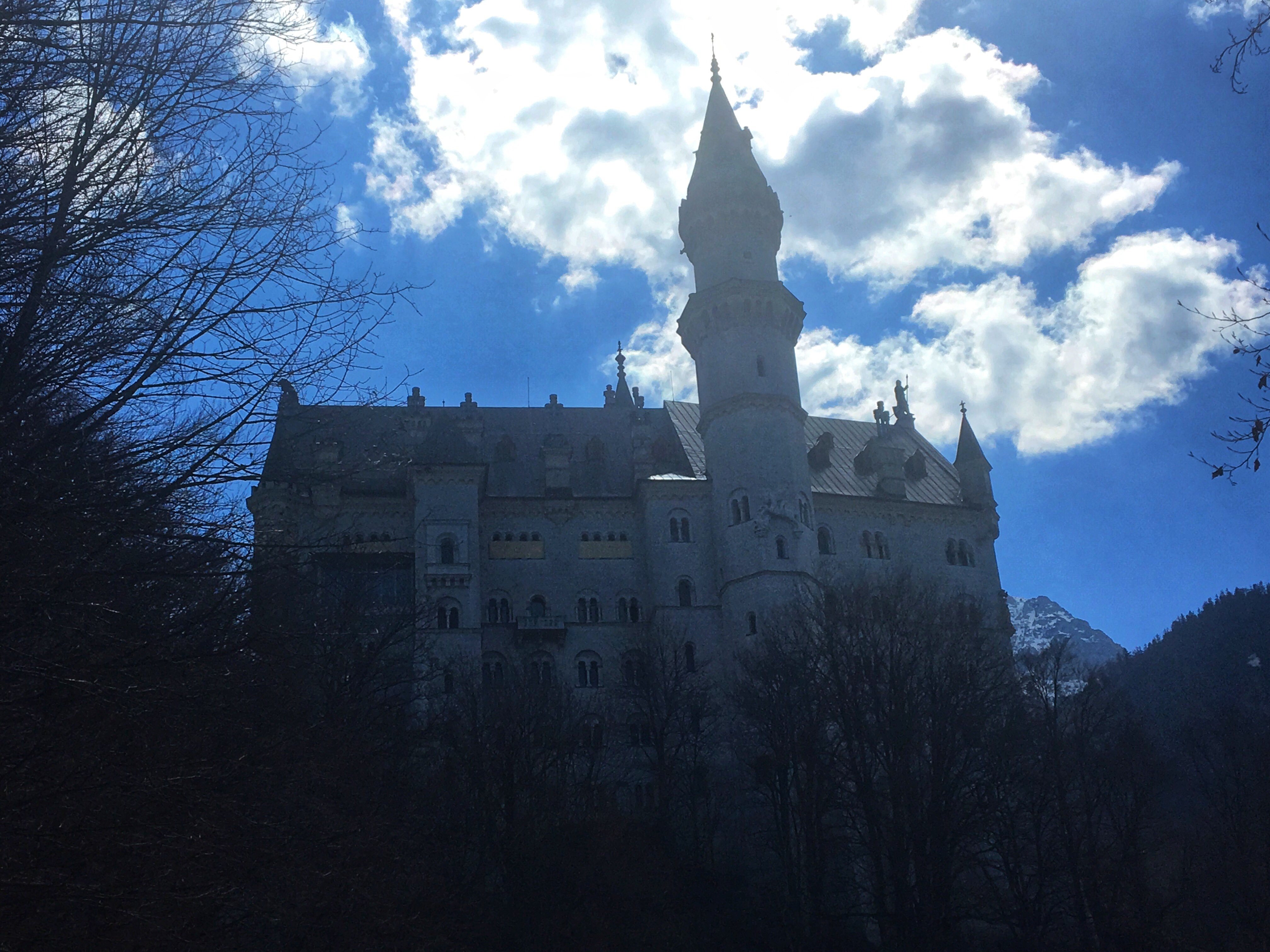 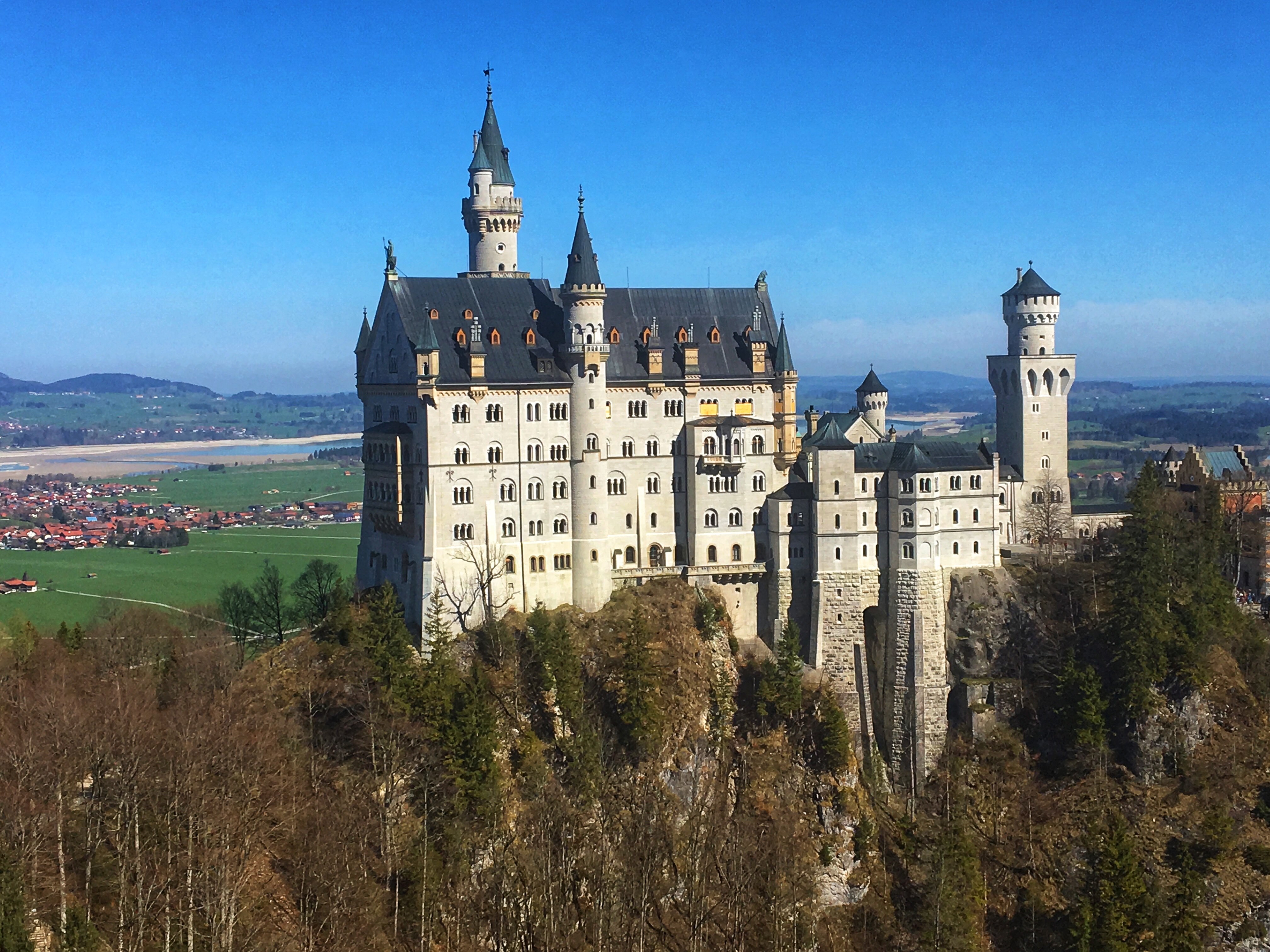 For anyone interested, the history of the castle itself is super interesting, and involves a king who may or may not have been crazy and who died under super mysterious circumstances. The castle was opened to the public less than two months after his death. I assume as an attempt to recoup the financial losses that the construction of the castle was incurring. There’s a lot of speculation regarding Ludwig II, but the castles that remain are certainly evidence of his impressive imagination.

We ended our day relaxing in Munich and eating under the Glockenspiel in the Ratskeller, making the most of the time we had left, since we would spend all the next day traveling. 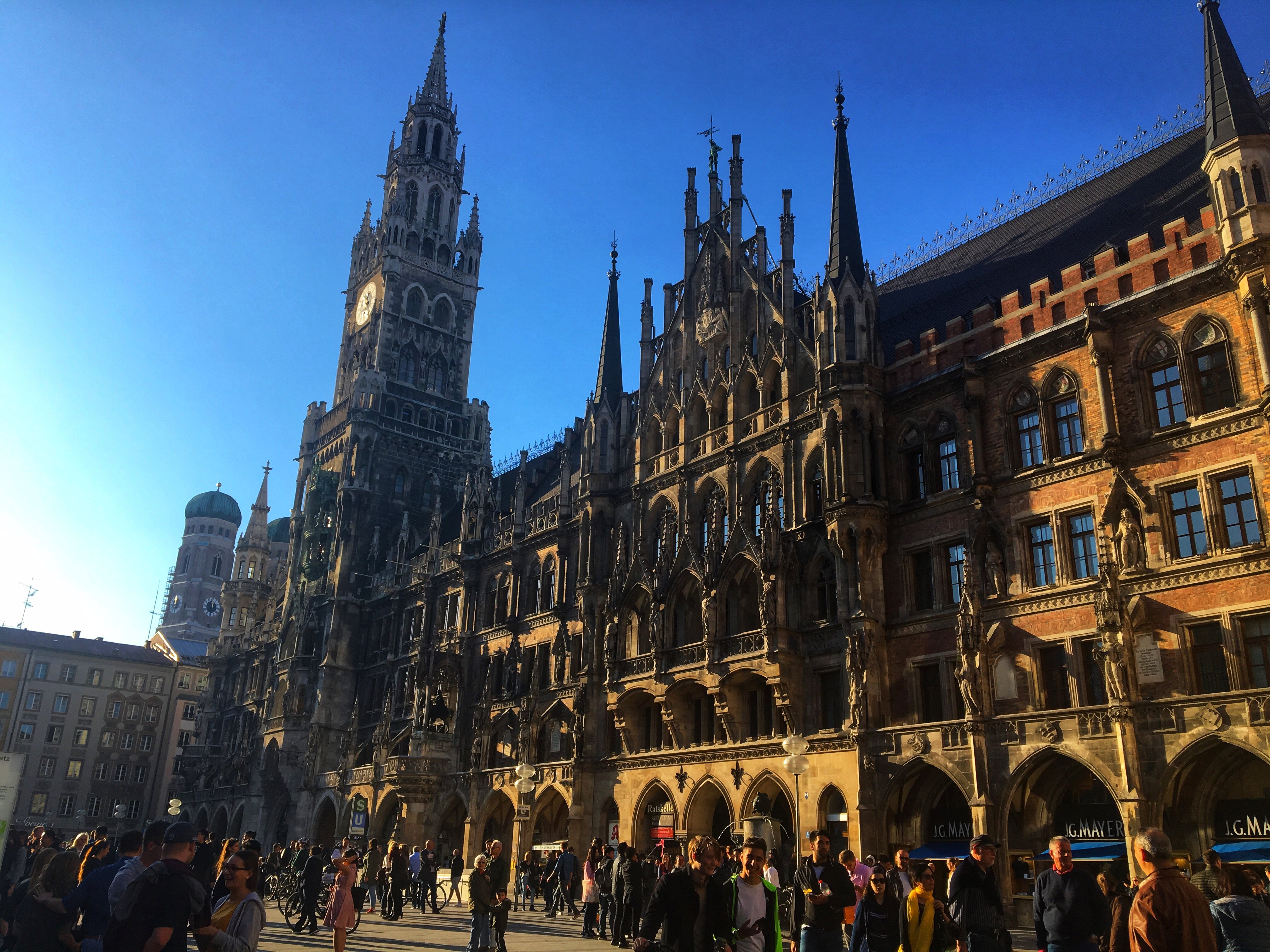 Talking about the next day, currently I am writing this post in the Chicago O’Hare Airport. I am surrounded by 26 students of various levels of tiredness as we wait to board our flight for the final leg of this trip. We have survived: 9 hours in the air, customs, two security lines, a shuttle to another terminal, and a five-hour layover. This is the homestretch- thank you everyone for following along. Have a joyous Easter!