One Day in Dresden

“This is exactly what I thought Europe would look like,” was heard from several students as we passed through the New Town into the Old Town. Gone was the more modern city atmosphere of Berlin, and all of a sudden we were turning corners into the architectural styles of hundreds of years past. Only the buildings were not hundreds of years old. Dresden was completely destroyed at the end of the World War II. British and American forces dropped hundreds of tons of bombs on the city, killing tens of thousands and destroying almost all the buildings. These “old” churches and palaces were in fact no older than 50 years, they had to be rebuilt completely in their original styles. 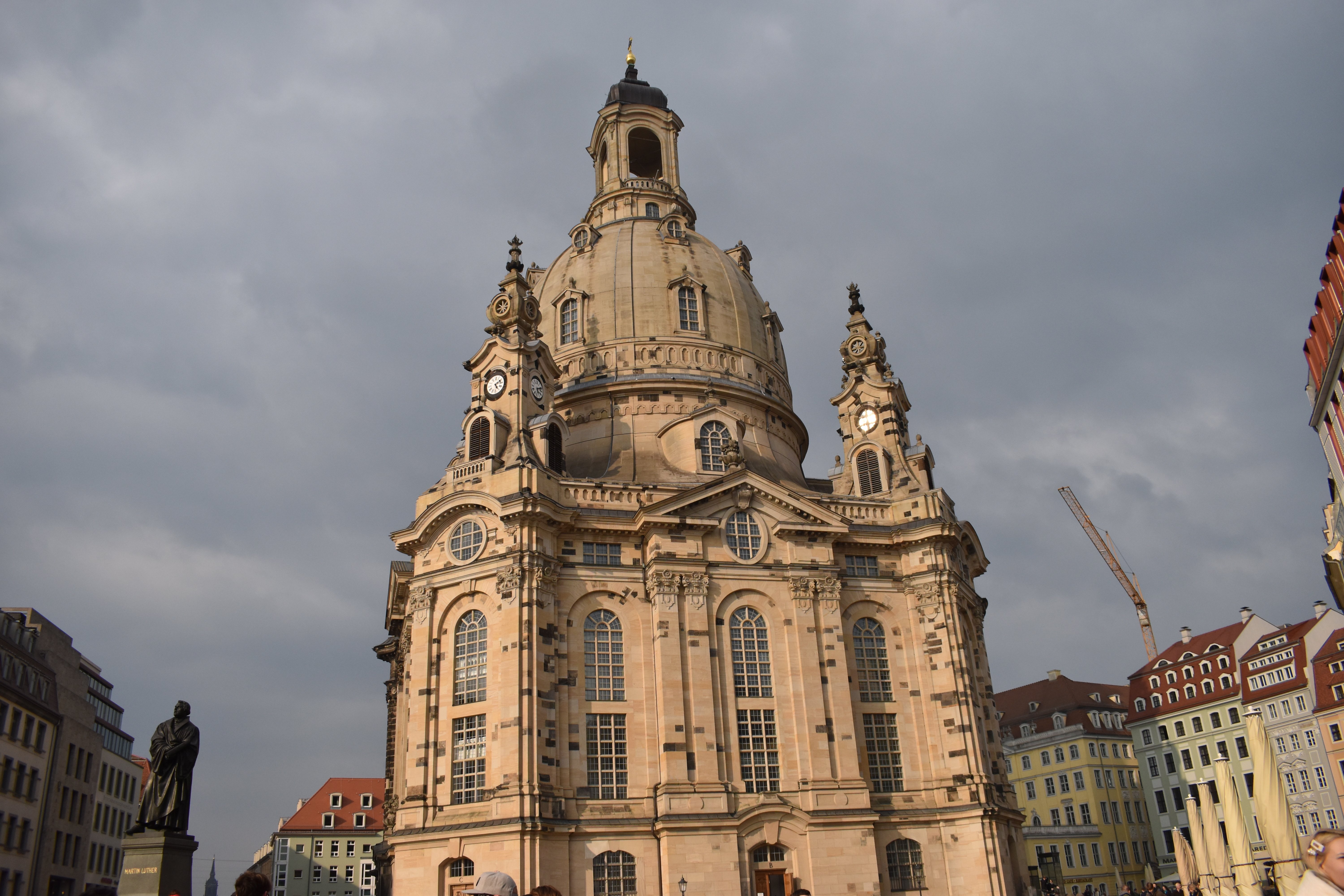 After checking into our hotel, we immediately walked to the Frauenkirsche to meet our local guide. Dresden was part of East Germany, and Cosima had grown up catholic in communist Germany. Her perspective as she walked us around was invaluable. She sprinkled into every history lesson a personal anecdote.

In front of the catholic church, she told the story of the king who built it. Augustus wanted to be king of Poland as well Saxony, but Saxony was Lutheran and the Polish king needed to be Catholic, so he “converted” in secret as he was traveling to Poland, and revealed it to the people of Saxony after the fact. Similarly, the nobles of Saxony wouldn’t allow him to build a Catholic church. So, Augustus revealed he was adding on to his palace, and then hired Italian builders who did not speak German. And then finally revealed his Catholic church when it was too late to stop him. Saxon kings were, apparently, very sneaky.

Also in front of the catholic church, however, Cosima told the story of when she was in school, the state was officially atheist.  As young as six, her teacher would stand her in front of her schoolmates and ridicule her and encourage her classmates to ridicule her as well. She told the story of what people had to do to save what little they had left or to rebuild what had been destroyed. How they stored potatoes in the cellars of churches- to feed the people. How they saved a statue to a former king- because it was made by Italians, and therefore its destruction would offend the Italians. If they wanted to save anything of cultural, historical, or religious significance they had to somehow appeal to the state. Sneakiness is simply a quality of the Saxon people apparently. 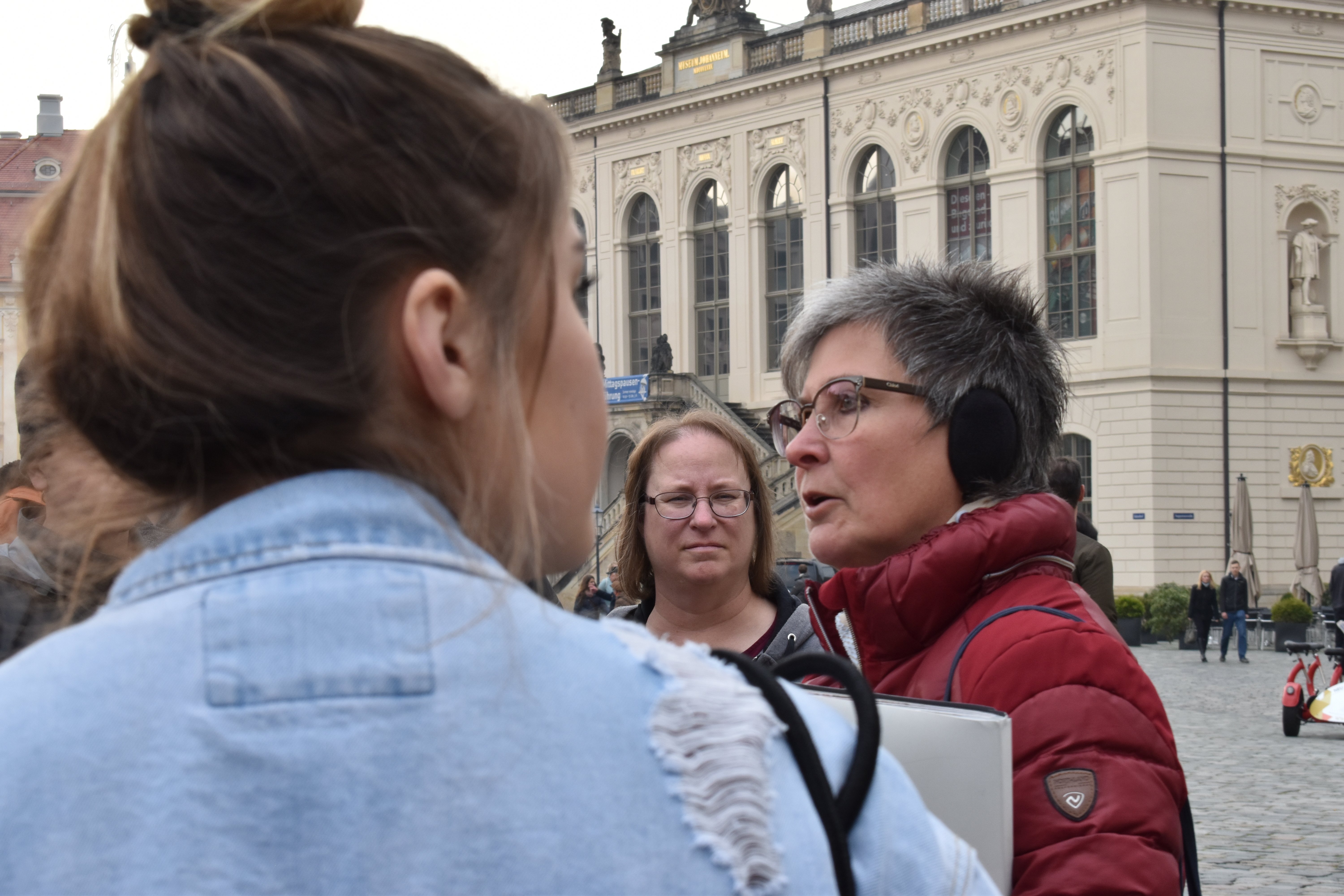 Cosima was able to give us a perspective virtually impossible for us, as Americans, to understand. The freedom we have to worship and learn is a given for most of us, but for someone growing up in East Germany, someone told what she could learn (she taught herself English), what they were allowed to believe, who they were allowed to speak to, she certainly did not take for granted the life she is allowed to live now. She mentioned how before the reunification, East Germans got used to speaking in code, to reading between the lines; they had to relearn how to speak directly about topics that used to be taboo. 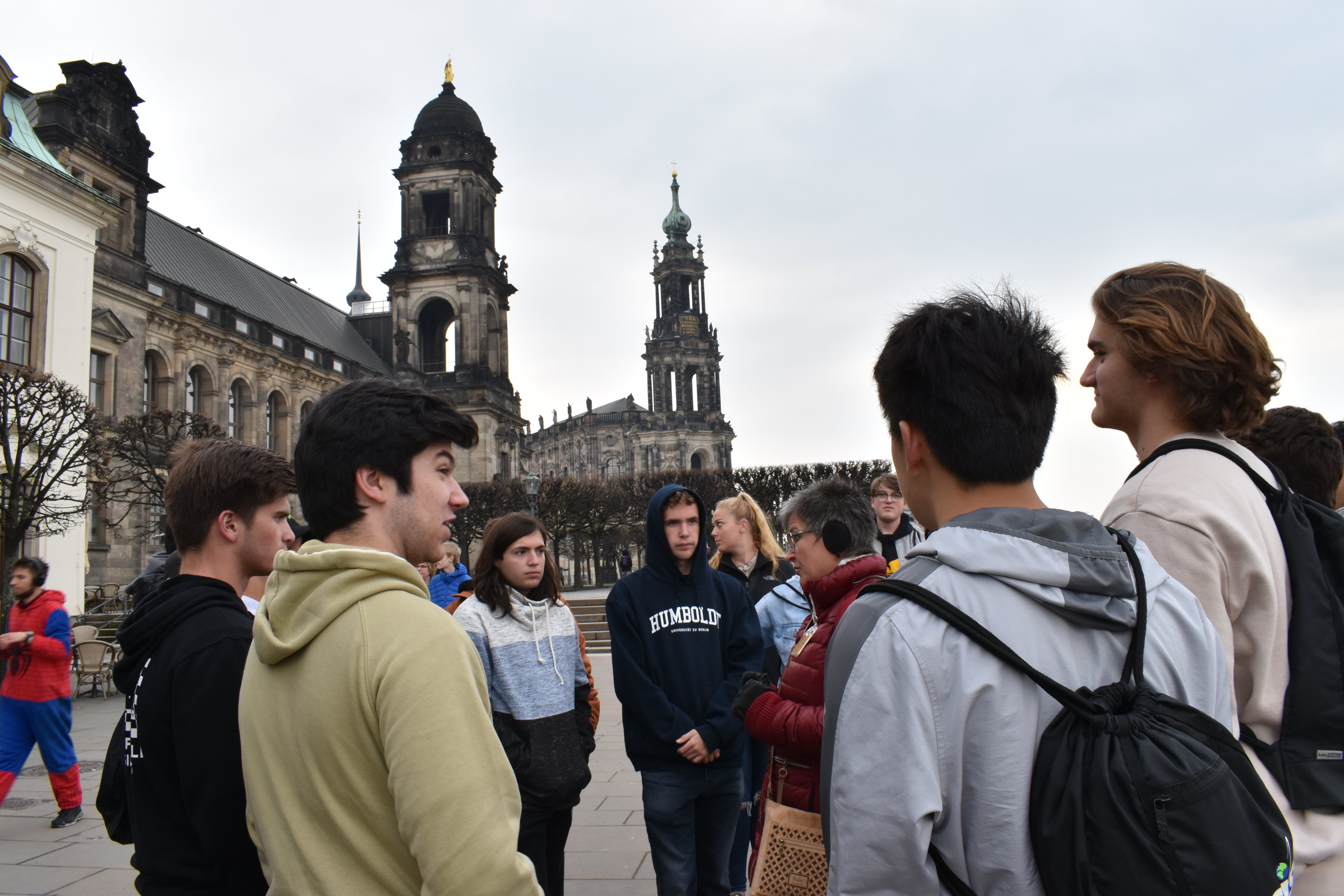 We only had one night in Dresden. The next morning (this morning!) we woke up and had free time in the city before moving on to our next stop. We enjoyed touring the Frauenkirsche, and exploring the Old Town at our leisure. Everyone is getting so much better at saying please and thank you in German.

Next stop: Terezin and Prague.