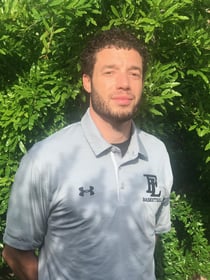 Coach Rama takes over a Faith Lutheran team that qualified for the 4A State Tournament for the first time in school history.  About half of the team will be returning next year, including multiple starters.  Bret Walter, remaining as the school’s Athletic Administrator commented, “Coach Rama has been an integral part of our basketball program.  He’s passionate about the game and he models what Faith Lutheran stands for.  He’s a players’ coach and will do an excellent job leading the program, building men of Christian character, and preparing players for success in the program and for possible future college careers.”

Before coaching at Faith Lutheran, Coach Rama coached club basketball in Las Vegas with Vegas Elite Basketball Club.  He started coaching with Vegas Elite in 2008 and spent four years coaching, training and developing players at a high level in the club.  Prior to moving to Las Vegas, Coach Rama spent a year as a varsity assistant at Mountain View High School in Vancouver, Washington where they reached the 4A State Tournament in 2008 for the first time since 1994.

“I’m extremely excited and honored to be named the next head boys basketball coach at Faith Lutheran High School.  Faith Lutheran has a great academic and athletic reputation in the community and around the state.  I plan to continue Faith’s winning tradition with hard work and dedication to its players, families, and the program.” Coach Ernie Rama 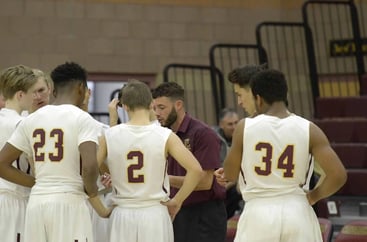 Originally from the state of Washington, Coach Rama completed his collegiate playing career at Concordia University, Portland, Oregon.  After a successful collegiate career, and upon graduation with a degree in health and physical education, Coach Rama played professionally for four years in various leagues and countries around the world.  He has spent time playing in Germany, Mexico, and in the ABA and IBL leagues.

Faith Lutheran Middle School & High School is the largest private school in Nevada and largest Lutheran school in the United States, serving over 1,900 students from the Las Vegas Valley and abroad. Located on a 50-acre state-of-the-art campus near Downtown Summerlin, the school offers advanced middle school and high school college preparatory curriculum and extensive athletic, fine arts, and after school activities in a distinctively Christian environment. Faith Lutheran’s unique high school academies program includes STEM, Justice & Advocacy, Business & Entrepreneurship, Film & Broadcast, Hospitality & Tourism, Christ Academy and the Conservatory of Fine Arts. The school is dedicated to its mission statement of Everyone Prepared! Everyone Saved! and is fueled by its core values of Family, Academics, Innovation, Truth, and High Achievement. Faith Lutheran is accredited by AdvancED and the National Lutheran Schools Accreditation.  Learn more at www.FaithLutheranLV.org