Congratulations to Jordan Brown '22 for the honor of GATORADE NEVADA GIRLS SOCCER PLAYER OF THE YEAR! Click to read the press release. 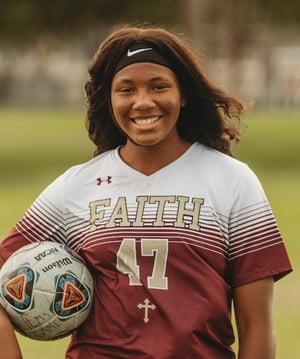 The 5-foot-11 sophomore goalkeeper led the Crusaders to a 23-0-1 record and the Class 4A state championship this past season. Brown allowed just three goals and posted 18 shutouts. She scored one goal directly via a kick-off and also added two assists on goals converted from her punts. The 2019 Las Vegas Review Journal Goalkeeper of the Year, Brown is ranked as the nation’s No. 27 recruit in the Class of 2022 by TopDrawerSoccer.com. She concluded her sophomore year with 27 career shutouts. 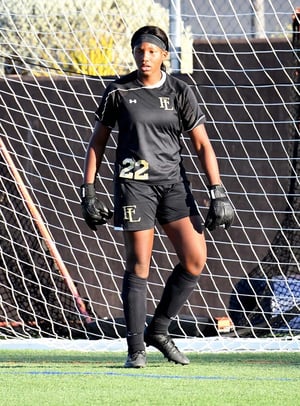 Brown has volunteered locally as a youth soccer coach. “Jordan makes her saves effortlessly and she is the reason they were undefeated,” said Kalah Williams, head coach of Shadow Ridge High School. “Her punts are similar to those of the professional women’s soccer goalkeepers. It’s impressive to watch.”

Brown has maintained a weighted 3.73 GPA in the classroom. She will begin her junior year of high school this fall.

Since the program’s inception in 1985, Gatorade Player of the Year award recipients have won hundreds of professional and college championships, and many have also turned into pillars in their communities, becoming coaches, business owners and educators.

To learn more about the Gatorade Player of the Year program, check out past winners or to nominate student-athletes, visit www.Gatorade.com/POY, on Facebook at www.facebook.com/GatoradePOY or follow us on Twitter at www.twitter.com/Gatorade.