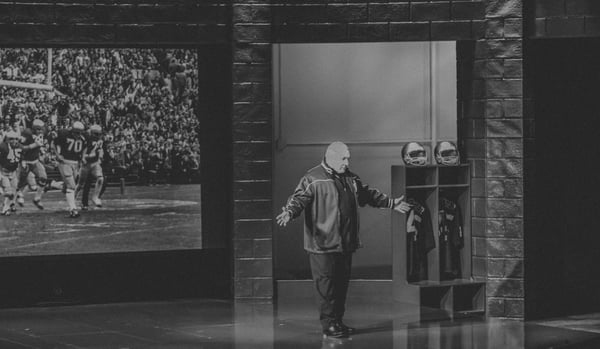 Q:  What part of the RUDY story inspired you the most and how did you come to see it highlighted in the show DREAM BIG?

A:  In this world of instant gratification, where we want what we want right now...I think that the story of RUDY shows that in order find that desired fulfillment, you have to work hard through adversity. You have to work hard, beyond failure. You have to pick yourself up and dust yourself off so that you can work hard again and again, even after you've been knocked down. That perseverance...that "never quit" attitude...that is something that is needed today more than ever. 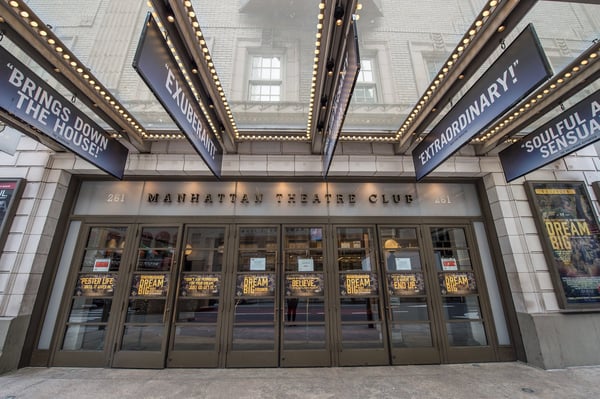 Q:  What is a memory from the live performance on Broadway you never want to forget?

A:  The whole experience was a bit surreal with unlimited indelible memories...but one thing that made me go "wow" was when (during the middle of the final rehearsal) I asked if we could get a chair for stage left, and three stage hands, the lighting designer and two other union workers snapped into "go mode" to hunt down a chair RIGHT THEN. Why? For the good of the show. It was so reactionary, so instinctual for them and so immediate...I was taken aback. It showed me that when you are working in TRUE creative collaboration, for the good of the show, then anything is possible. When push comes to shove, if you work together to solve problems in the moment, you can steadily and thoughtfully move forward. I was inspired by a single act, for a single chair - stage left. I thought to myself, "that's my goal from this point forward." I hope to offer opportunities for the theatre students at Faith to see that at the end of the day, it's not about the show...it's about the discipline, respect and honor to work together that builds us up to be better people in this world after the final curtain call. 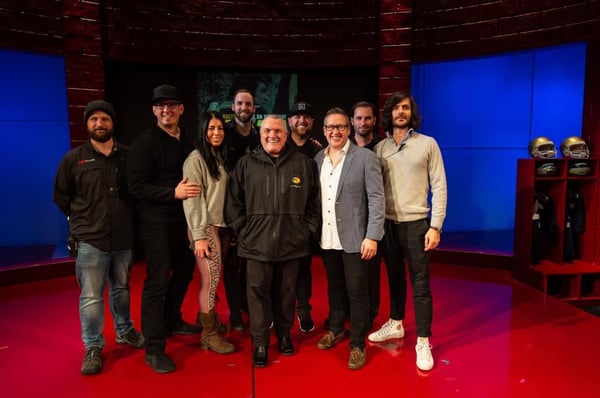 Q:  What was the best part and the most challenging part of writing DREAM BIG?

A:  Best part? Easy, working in collaboration with Cheryl Ruettiger. I've always loved writing, but it wasn't until this project that I found out that writing in partnership with a thoughtful, creative writer is one of the best ways to cultivate you best work. She was inspiring. Having a muse, a foil and a confidant who will look you in the eye to say "that's amazing" and "that's not going to work" moves the project forward. It's like playing tennis with someone who will return your serve in a really challenging way. It keeps you reactive and at your very best. The alternative is hitting the tennis ball against a wall! The Most Challenging: Well, Rudy Ruettiger himself is a whirlwind! He is not an actor by instinct. And to be able to take language, processes and instincts that I'm VERY used to in the theatre and respectfully communicate that translated version of that to a football player? Well, we have to write a whole new play book. Pun intended. 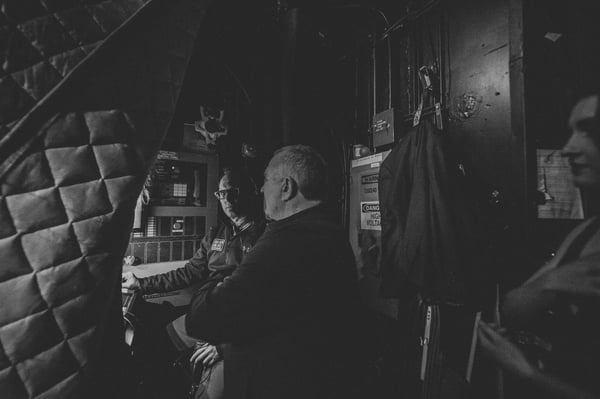 Erik Ball and Rudy Ruettiger backstage before the start of the show.

Q:  What is something about producing a show that everyone should know?

A:  People that we had the chance to work with, the Broadway community, people associated with Amazon....these people BELIEVE IN YOU. Theatre is a hard-hitting, dog eat dog world sometimes. It's a world of money, opportunity, power and bottom-lines. It's scary and unapproachable sometimes. But at its center, it is filled with a community of people that believe in you and want you to succeed. That outer crust that keeps the theatre world crazy competitive, it's needed. It keeps your efforts primed. Just beyond that layer is another layer of warmth, kindness and understanding. You need to remain strong and START by believing in yourself. If you can do that, you can press through any obstacle.

Q:  You have been able to watch Jessica Ruettiger '16 grow from Faith student to college student to performing on Broadway for DREAM BIG...What is something that current performing arts students can learn from her journey?

A:  First and foremost, to watch Jess stand backstage after months of planning and hours of rehearsal that day, with such poise and grace, pray and prep with her father and then take to the stage and perform with confidence...it made me proud. Some of the most successful people I know in the performing arts are the hardest working people I've ever met. Jessica is no different. Her success is the product of her hard work, talent and spirit. I hope her success inspires others to press forward and know that any measure of perceived success begins with a foundation of poise and grace. I like to think that God has gifted us all with unique talents. How we apply those talents in this world that paints us as artists....it allows audiences to find God in the work. I think Jess demonstrated that, ten-fold. 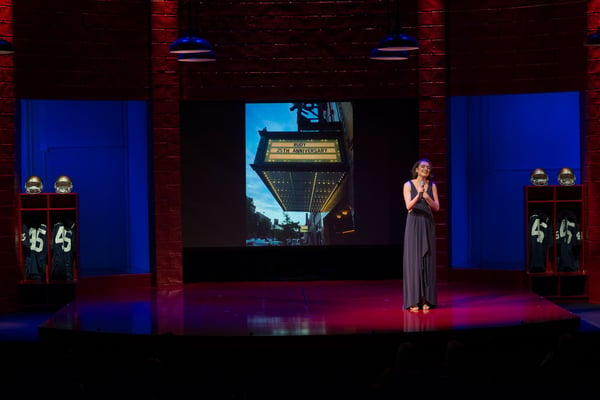